Some of the people who belong to Coalition member support groups have kindly shared their insights into what it’s like for them to have ADHD. 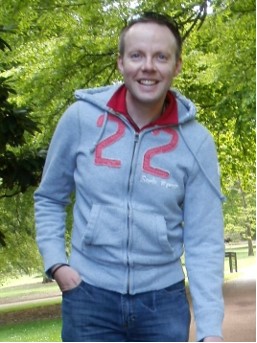 Receiving an ADHD diagnosis at the age of 36 was the explanation Neil needed for patterns of thinking and behaviour stretching back to his earliest childhood. Teachers found him a puzzle – he grasped complex topics easily but exams were a struggle, and a mixture of boredom, restlessness and a love of receiving attention led him to become the class clown. Deciding that further education was not for him, he found a job, fronted a band and enjoyed an active social life. Now married and a father of two, in successful full time employment, he has been treated for anxiety and depression for most of his adult life.

“I knew nothing about ADHD, but everything in my life made sense and fitted together on the basis of the diagnosis,” he says.

The right medication, information, and connecting with others who share the same challenges have been crucial in giving Neil the tools he needs to build strategies that work for him and his family. For him, this includes attention to physical wellbeing, relaxation and diet along with keeping a mood diary. Music remains important as a creative outlet, and time in the open air – even just a short walk – is a key stress buster. Being highly self aware and spotting triggers early means he can explain his reactions to colleagues and friends, and he has found others very supportive.

“I was afraid to use the word “help”, but people have been amazing,” he says. “I couldn’t be where I am now without support, particularly from my wife.”

Having ADHD means he can process information very quickly and use bursts of energy creatively in a wide range of projects and interests. But on a bad day he can feel overwhelmed by tasks, and may be hypersensitive – for example to noise. He has found both good and bad days need careful management.

Kyle, 13, has multiple diagnoses including dyslexia, dyspraxia and vision problems, but mother Sarah feels the biggest issue at this stage is his ADD – the inattentive subtype of ADHD. As teenage hormones kick in, anger and conflict with the rest of the family have escalated, and she worries he is disengaging from education.

It wasn’t always this way. In primary school Kyle was compliant, calm and introspective. Diagnosis in Primary 6 surprised teachers, who did not associate his attention problems, daydreaming and organisational difficulties with ADD. Lack of awareness of the range of behaviours associated with the condition, and the fact that children with ADD aren’t disruptive or boisterous, and hence easily missed, can be a significant barrier to getting the right support. The family were frustrated their concerns were not taken seriously sooner.

Learning support has been more proactive in secondary school, but the impact of Kyle’s challenges has also become more evident: easily distracted himself, he now distracts others, and has been described as “support resistant”. His impulsivity has increased, meaning he is more likely than before to get into difficult predicaments, and he doesn’t take in instructions or information, particularly in busy environments. His sense of time is poor, so he struggles to think or plan ahead, and he isn’t given homework because of the tension this created. The family have concerns about his friendship group.

Sarah says she resisted medication for as long as possible before concluding it was necessary: “We tried everything. Medication is the only thing that has made any difference.” Kyle uses his Xbox as necessary downtime to recover from school: he enjoys judo but finds competition stressful, and has few other interests, which makes finding activities outside school challenging.

Right now the family is taking one day at a time. But finding an ADHD parent-to-parent support group in Glasgow has been a lifeline, connecting them with others in a similar situation who are knowledgeable, accepting and realistic. “If I’d gone only with the information CAMHS provided I’d know nothing,” Sarah says. “That’s the other thing: you have to be on top of everything. You have to hold it all together. No one else is going to do it for you.”

N.B. Names have been