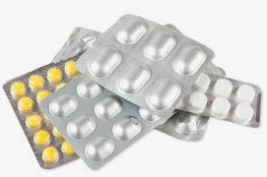 NHS Scotland has published the latest data on ADHD prescribing in Scotland, for 2017 – 18. The headline figures show a further modest increase in prescribing for kids up to 19 years of age – with the proportion of school age kids on treatment now lying just above 1% (the NICE consensus on the prevalence of severe ADHD is 1.5%). There were 9400 kids on treatment across Scotland at the end of the year.
For adults, the rise is much sharper – an increase of 20% in the number of adults aged 20+ on medication over the past year. However, the total number of adults on treatment remains very low across Scotland, at 3900. The increase is mostly amongst younger adults and reflects the past few year’s increases in recognition of ADHD in children now feeding through. However, we know that many adults with ADHD still remain undiagnosed and many more drop out of services at the point of transition from childhood to adulthood.
Of course medication is only a proxy for the number of people with an ADHD diagnosis – but data from our recent parent survey suggests that 80-90% of children with a diagnosis are medicated.
Medication remains only one part of the set of strategies needed to get the most out of life with ADHD and the Scottish ADHD Coalition continues to campaign for people with ADHD to have access to improved information, psychological support and other therapies – and for those in education, employment and the criminal justice system to have a better understanding of how to support people with ADHD.
Read the BBC coverage of the increase in prescribing.